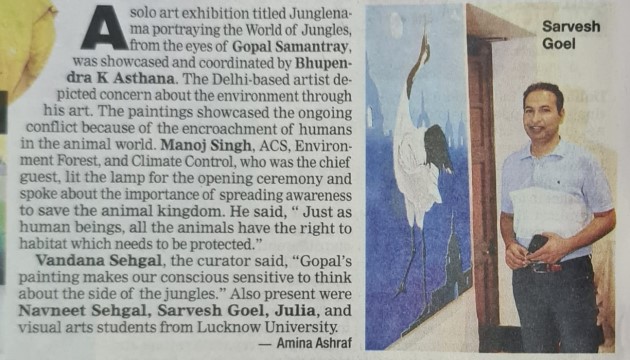 Voice to the voiceless:-

A solo Art Exhibition titled Junglenama portraying the World of Jungles, from the eyes of Gopal Samantray, was showcased and coordinated by Bhupendra K Asthana. The Delhi-based artist depicted concern about the environment through his art. The paintings showcased the ongoing conflict because of the encroachment of humans in the animal world. Mr. Manoj Singh, ACS, Environment Forest, and Climate Control, who was the chief guest, lit the lamp for the opening ceremony and spoke about the importance of spreading awareness to save the animal kingdom. He said, ” Just as human beings, all animals have the right to habitat which needs to be protected.” 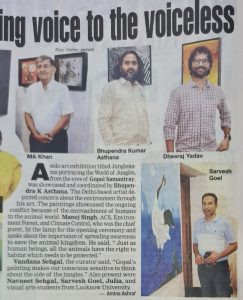