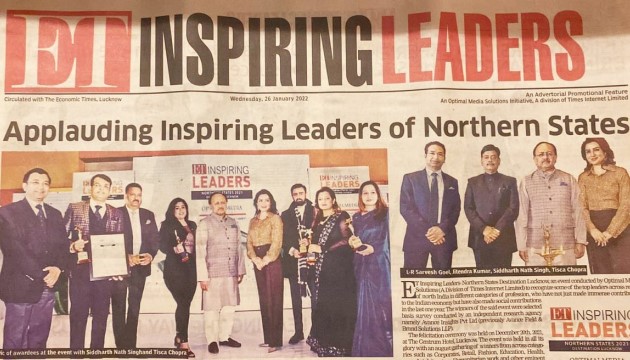 ET Inspiring Leaders Northern States Destination Lucknow an event conducted by Optimal Media E Solutions CA Division of Times Internet Limited to recognize some of the top leaders across the region of north India in different categories of profession, who have not just made an immense contribution to the Indian economy but have also made social contributions in the last one year ‘The winners of the said event were selected basis survey conducted by an independent research agency namely Avance Insights Pvt Ltd (previously Avance Field & Brand Solutions LLP).

The felicitation ceremony was held on December 20th, 2021 at The Centrum Hotel, Lucknow. The event was held in all its glory with an august gathering of winners from across categories such as Corporates, Retail, Fashion, Education, Health humanitarian works, and other eminent.

ET INSPIRING LEADERS Pic of awardees at the event with Siddharth Nath Singh and Tisca Chopra. 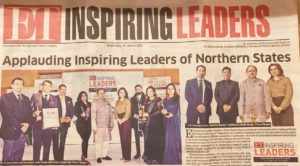