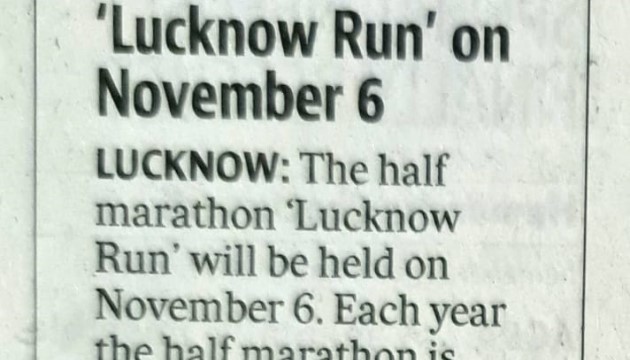 Lucknow Run to be organised on November 6:-

The fourth edition of Lucknow Run will be organised in the city on November 6. The half marathon is organised every year to spread the message of fitness and good health.

A ‘promo run’ was organised at the Kukrail picnic spot-on Saturday to create awareness about the upcoming half marathon and to connect to as many people as possible.

The promo run gave the participants an opportunity to check their best time for the main run on November 6.

Mr. Sarvesh Goel, promoter of The Centrum, which is organizing the run, said the Lucknow Run would be flagged off from GD Goenka Public School, Sushant Golf City. The Lucknow Run will be organised in four categories – 21.097km and 10km will be timed runs and the other two categories will be 5km and 3km. Runners can register on www.lucknowrun.com to participate in the event. 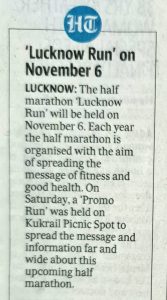 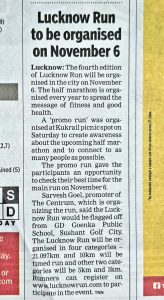