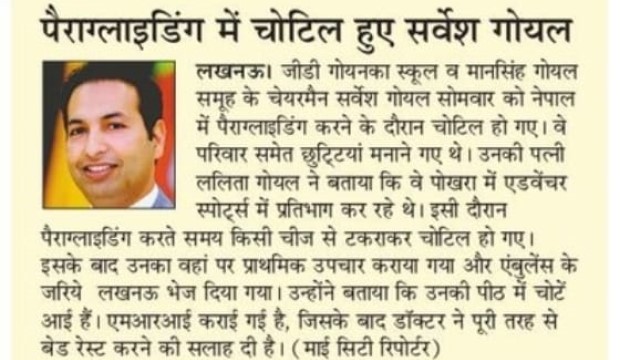 Got Injured While Paragliding in Nepal

Got Injured While Paragliding in Nepal:-

Mr. Sarvesh Goel, chairman of GD Goenka School and Mansingh Goel Group, got injured while paragliding in Nepal on Monday. He went on a holiday with his family. His wife Lalita Goel told that he was participating in adventure sports in Pokhara. In the meantime.

Sarvesh Goel Injured in a Paragliding:-

He got injured after hitting something while paragliding. After this, he was given first aid there and was sent to Lucknow through an ambulance. He said that he had suffered injuries on his back. MRI has been done, after which the doctor has advised complete bed rest. 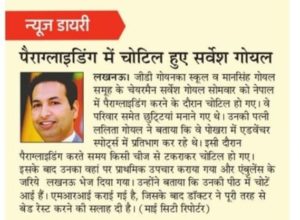