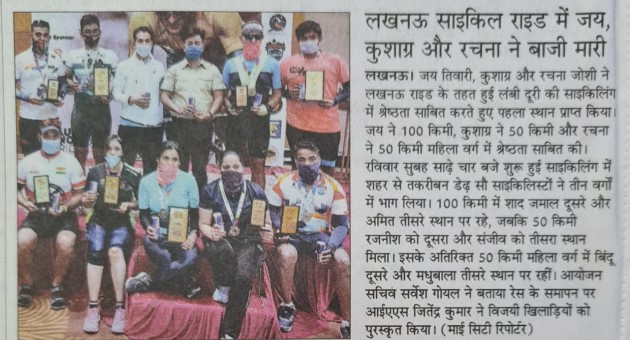 About one-and-a-half cyclists from the city participated in three classes in cycling which started at 4.30 am on Sunday morning. In the 100 km, Shad Jamal finished second and Amit third, while in 50 km Rajneesh got the second and Sanjeev got the third place. Apart from this, Bindu finished second and Madhubala in the 50 km women’s category. Organizing Secretary Sarvesh Goel said that at the conclusion of the race, IAS Jitendra Kumar awarded the winning players. 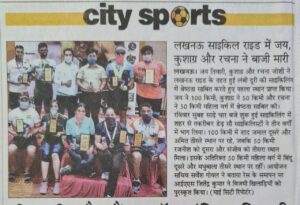