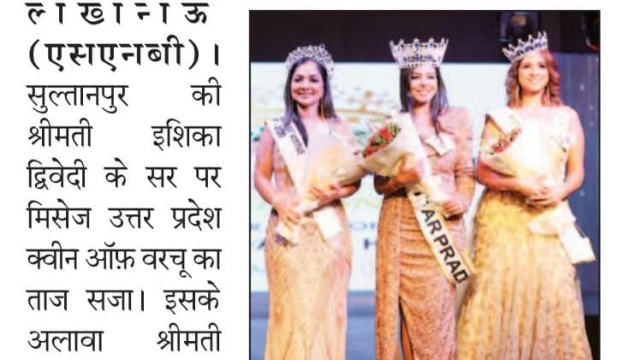 By shivamnigametl@gmail.comOctober 3, 2022October 10th, 2022No Comments

The grand finale of the beauty pageant Mrs. Uttar Pradesh Queen of Virtu Season 2 was held at The Centrum Hotel. 270 women from different districts of Uttar Pradesh participated in the audition round, out of which 17 women were selected for the final round. Ishika Dwivedi (central) of Sultanpur was elected Mrs. Uttar Pradesh in the competition. Nitika Rana of Gorakhpur became the first runner up and Sheetal Singh of Meerut was selected as the second runner-up. BJP leader Aparna Yadav was the chief guest of the function. Renuka Tandon, Director, Amaram Foundation was the Guest of Honour. 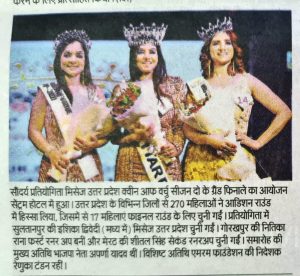 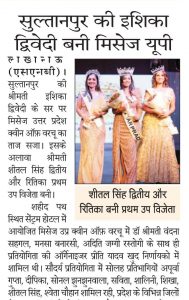