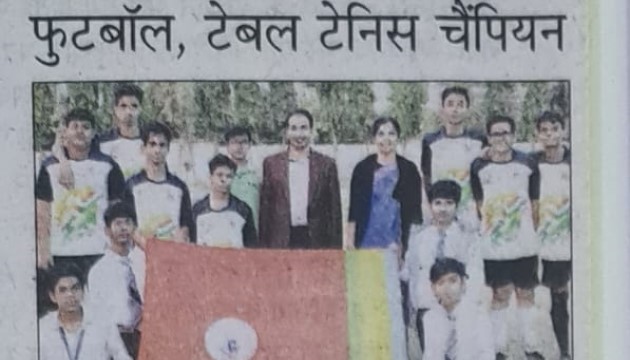 CBSE Sahodaya organised a mini sports olympiad on November 17 and 18 with the objective of promoting sports in schools and providing a suitable platform for the players to showcase their talent. Under this arrangement, a football tournament was organised on November 17 and 18 in the playground of GD Goenka School, in which GD Goenka School emerged as the winner of the tournament and won the gold medal in the under 14 category. Apart from this, the students of the school also won gold in the Badminton competition held at MR Jaipuria School, Kanpur Road. 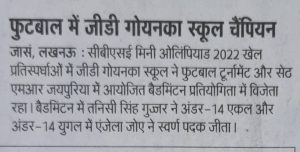