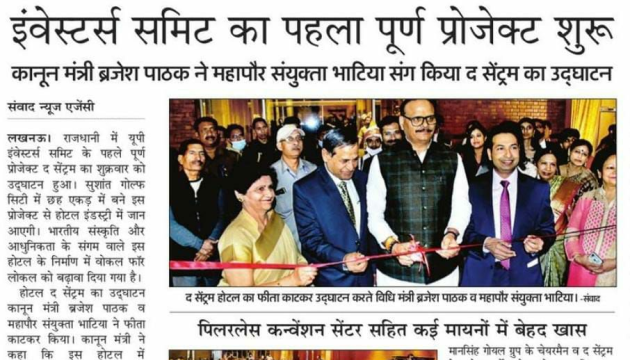 The Centrum was Inaugurated

Hotel The Centrum Gifted to the Capital:-

The Centrum, located in Sushant Golf City, was inaugurated by Cabinet Minister Brijesh Pathak and Mayor Sanyukta Bhatia on Friday, The Centrum is the first completed project of the first Investor Summit held in Uttar Pradesh, MLA Neeraj Bora was also present in the program.

In the program, the Cabinet Minister said that Indian tradition has been incorporated along with modernity in the hotel. Mayor said that this hotel is a big achievement for Lucknow, Chairman of GD Goenka Public School & Mansingh Goel Group and promoter of The Centrum Sarvesh Goel said that this resort has 116 rooms, 3 banquet halls, pillar lace convention center, and swimming pool, etc. For entertainment including lawns, mini theatres, lounges, etc., he said that three big banquet halls have been built, namely, Florum, Falakram, and Optimum. 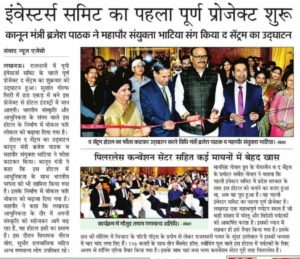 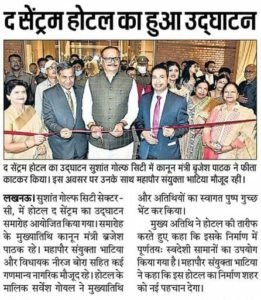